Warning: Use of undefined constant ddsg_language - assumed 'ddsg_language' (this will throw an Error in a future version of PHP) in /nfs/c03/h07/mnt/49309/domains/linusrylander.com/html/wp-content/plugins/sitemap-generator/sitemap-generator.php on line 45
 Linus Rylander — life, marketing, writing, travel, stuff
≡ Menu

How The Worst Case Scenario Makes Your Dreams Come True

Anxiety comes from worrying about something bad happening in the future.

But what if x happens?

Often, we’re not even sure what x is. It’s more like a vague, unspecific fear of some uncertain yet certainly bad thing occurring in the future.

So I pose to thee:

What IF the big bad thing really happened?

Take the time to figure it out.

Short of physical death, what’s the absolute worst thing that could (realistically) happen?

Step two is to be perfectly okay with whatever that outcome is.

If the worst thing comes to pass, you must be cool with it.

Let me tell you a quick story.

Last year I was in a desperate situation. My most recent business project that I had bet everything on crashed and burned. And I had less than one month to come up with several thousand dollars, from scratch.

I was in a constant state of something largely resembling panic for the better part of two weeks. “WHAT AM I GOING TO DO???!?!!?”

I kept reminding myself of my own principles: Nothing Bad Can Ever Occur, Trust In The Process, The Next Thing Is The Only Thing…

It worked – I managed to calm myself down for about 3 minutes before overwhelming anxiety engulfed me once more.

Let me tell you what really worked.

There’s this stream that I often pass when I walk my dog each day. One day, something compelled me to just stop and look at it. Into it. Often the water just calmly flows, easily, effortlessly. Sometimes, if there’s been rain, violent. But no matter what, it just kept on going, relentlessly.

After staring at the swirls in the stream for what must have been 15 or 20 minutes a day for a few days… something curious happened.

As I imagined the worst case scenario… if I didn’t manage to get the money in time, and everything just went to shit… what would the consequences actually be?

Yes, it would not be ideal. It would suck pretty bad. Lots of hard work would be thrown away. I’d be sad and maybe heartbroken. But in the end, I’d pretty much be back where I started. Square one, where I’ve been oh so many times. Square one is a good friend of mine, and maybe a fresh start wouldn’t be so bad, after all.

After a few days of visiting the stream, coming to respect the relentless nature of it all, reminding myself that no matter what, life just keeps on going…

I learned to become okay with the worst case scenario.

That was the critical turning point.

And during the following two days, I shit thee not, two clients materialized out of nowhere, the fees almost to the dollar covering what I needed.

Most people seem to accept that real success comes from within. That successful people have certain belifes, thoughts, internal mindsets which then inspire their behavior. Their behavior is defined by the actions they take, and these actions are what make things happen.

With me so far?

I think most people would be.

But still… almost everyone seeks success from external sources.

No matter how successful you get from external things, you’ll still have you with you. Your thoughts and behaviors will not be congruent with your external level of success. And so, you’ll invariably end up back where you started (or worse).

What happens is that people look outward to people who tell them they should look inward. They, nod, smile, agree and applaud the master’s wisdom.

Then they keep looking outward.

The reason journaling is so valuable is because it forces you to look inward and self-examine, and often, destroy self-limiting patterns, beliefs and behaviors.

In a way, you could say that my book is a heavily edited and re-written collection of journal entries. It isn’t, really, but I would bet that most of the things that ended up in the book started out as tiny, almost insignificant seeds of thoughts on a journal page somewhere.

I learnt more about myself writing the book than from anything else I’ve done.

Now you may smile, nod, agree and applaud. Think that, maybe I’m on to something… and maybe I am…

But in the end, your life is in your hands. The world is yours.

For anyone wanting to immerse themselves in direct marketing, and learn the century-old principles that power virtually all good marketing… here’s a list of shit you need to read/consume.

David Ogilvy, “The King of Madison Avenue” said that “Nobody should have anything to do with advertising until he has read this book seven times. It changed the course of my life.“

The original “Mad Man” himself. Eben Pagan who sold over $100mm worth of products as an internet entrepreneur, says this is the most important book on advertising he ever read.

I dare you to find a single direct marketer who would argue with the fact that this is the best book on advertising ever written. I got my copy on Amazon for $76. A bargain. They’re still going for less than $100 — still a bargain. Before they started printing them again, people were selling their used copies on eBay in the $1000 range. I suspect certain people would gladly have paid 10 times that amount.

David Ogilvy (again!) said “This is, without doubt, the most useful book about advertising that I have ever read.” Caples was a pioneer, and was one of the first to discover the importance of headlines and long copy. Don’t get the new, 5th edition. It was “revised” by some guy. The one Caples actually wrote is far superior. The one you see in my image above is the 5th edition, because I didn’t know this at the time I bought my copy. (I’ve gotten my hands on the 4th edition now, since I took this picture.)

Another classic that was out of print for a long time; copies sold for $1,000 on eBay.

When Gary’s sons Bond and Kevin first republished The Boron Letters in 2013, the direct response world lost their collective shit. Gary wrote the most successful direct mail piece of all time. A single 250-word letter that profitably mailed over half a billion envelopes, spawned an 800-person company and generated over 7 million customers. This collection of letters is a cult classic. It was impossible to get your hands on for a long time. A true gem, it’s now on Amazon for like 13 bucks.

Roy Raymond started Victoria’s Secret with the secrets learned from attending an exclusive seminar put on by Joe Sugarman. Joe is a direct response LEGEND. The first to bring the pocket calculator to market (then selling for about $240), and many other technological innovations. After a long and successful career in mail order he took his skills to television, and launched the world-famous BluBlocker sunglasses brand.

The book that started it all for me. I’d been floundering for over two years trying to figure out this “internet business thing” when I stumbled upon this book, which launched me head-first into the world of direct response marketing and advertising. I dare you to read it without being jolted awake to the realities of business and marketing. It changed my life, and it’ll change yours. The best $100 I ever spent. John’s new-ish kindle book is also highly recommended, The Entrepreneur’s Guide To Getting Your Shit Together.

Not a direct response book per se, but hot damn. I can’t not mention it. This book is so good. I thought my brain would explode halfway through the first chapter. This book will change the way you see the world and your life will never be the same.

Very few books have had as big an impact on the marketing world as this. This one isn’t directly about direct response either… but if you were so inclined, you could very well take Cialdini’s 7 “Weapons of Influence” and use them almost as a checklist for creating marketing campaigns…

Here’s another little gem for you. Ogilvy gave this to all his employees and told them to read it once a year. It’s short and profound.

This is not an exhaustive list, nor is it meant to be. It’s a starting point.

There are many more books, courses, seminar recordings, etc that are all well worth going through multiple times.

If you’ve read all these books and you’re hungry for more… email me and I’ll point you in the right direction. :)

The image: A small sample of my marketing library. Sadly, I have very few books in hard copy. Hence the iPad, where the Kindle library resides… 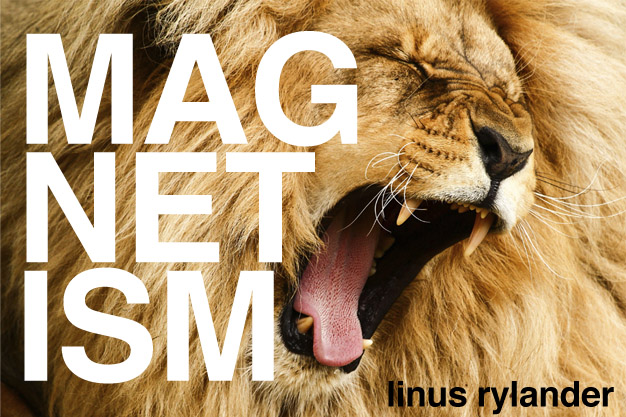